Who Is At Fault for U-Turn Accidents? 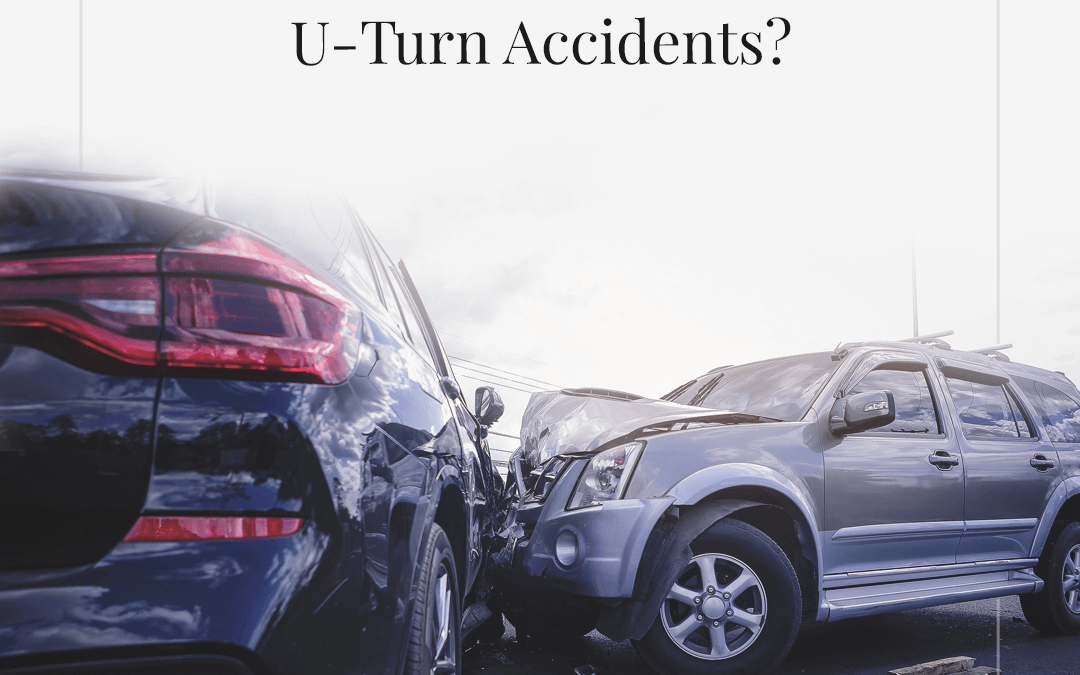 If you are involved in a U-turn accident, it can be challenging to determine who is at fault. It is crucial to figure out who is at fault so you can file insurance claims, or if applicable, a personal injury claim. So how do you know who was at fault?

Who Is At Fault for a U-Turn Accident?

· Whether the U-turn was legal – Generally, unless there is a sign stating that U-turns are not allowed, they are not illegal. However, some factors must be considered, such as the lane the U-turn was made in. If the driver made a U-turn from the wrong lane, then it could be considered illegal.

· If the U-turn was done safely – Even if a U-turn is legal, it is not always safe. Tight turns are difficult for even smaller vehicles. Larger vehicles attempting a tight U-turn may be a hazard. Unsafe U-turns are frequent, and they cause issues due to:

o The driver slowing down

o The driver had to reverse and go forward again

o The driver hitting the curb or running into the sidewalk

· If there were other contributing factors – Even if the U-turn was legal, there are factors that may cause the turning driver to be at fault for an accident. These factors include:

o Was the driver texting while making the turn?

o Did the driver yield to oncoming traffic before turning?

o Did the driver turn against a yellow or red light?

Many U-turn accidents involve one vehicle hitting the other from behind. There is a common misconception that the behind driver is always the one at fault. That is simply not true. There are many circumstances in which a forward driver can be at fault for his or her actions related to an accident.

Involved in a U-Turn Accident?

If you have been injured in a U-turn accident, contact Sahar Malek Law in Los Angeles. Let us help you determine exactly who is at fault and what your options are to recover from your accident.